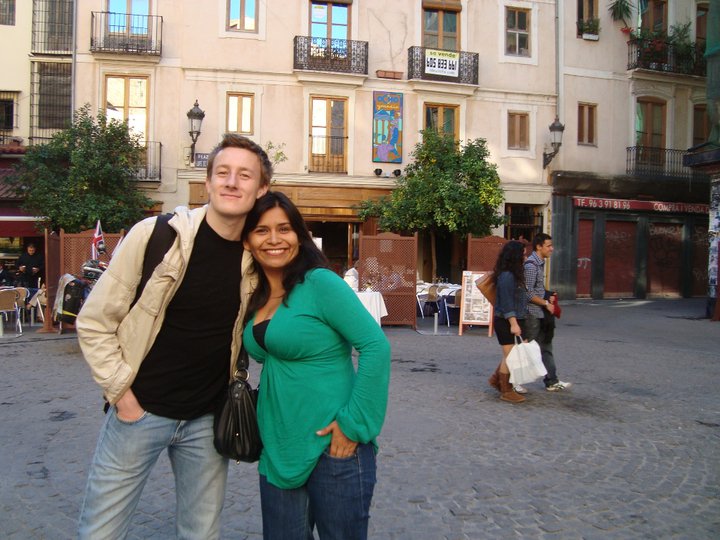 A café del tiempo with Alex in Valencia

Seated at a table outside the "café of the corner" in front of a café con leche del tiempo (a latte with ice), with a cigarette in his hand and a smile on his mouth, Alexander Starostin remembers his experience as an exchange student. Turning down a position as a TV station reporter in Moscow to try his luck in Europe might seem a gamble to some, yet it is the decision of this 23 years-old journalist student, after a year in exchange in Valencia, in Spain.

"I have changed. My attitude has changed. I discovered that beyond cultural differences, people could be alike. I realized that leaving his country was not that difficult and that I could feel at home abroad. " Alex sees his future if not in Spain, at least in the European union, but not in Russia. He is planning to work with some Russian speaking magazines and to leave Valencia for a bigger Spanish city.


"The three or four months were very difficult. My Spanish was basic and I was embarrassed to ask all the time for teachers to repeat. The Spanish students in my class were always willing to help me but we were not meeting after classes to drink Chupitos together. " It's  with Argentinian, Mexican and other international students that Alex passed the famous language barrier. Now he also has Valencian people in his group of friends. For him, there are even similarities between the Spanish and the Russians in their behavior. 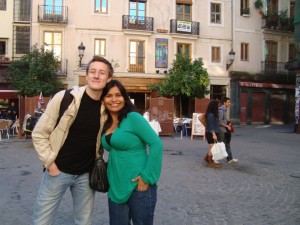 During this year at the University of Valencia, the young man especially enjoyed the relationship between students and teachers, warmer than in Russia, he explains. "In Spain you don't feel you are in an inferior position when you are talking to a professor. Even if they know more than you, you do not feel it." Alex was glad to move away from the more rigid theory of Russian universities to listen to advices of professional journalists building their class on their own experiences. On the other hand, he admits that the lack of organization of Spanish universities and the laxity of some teachers have sometimes frustrated him.

"If I had to give some advices to future exchange students, I would tell them not to be afraid to open up, open their minds, to ask whenever they do not understand, to hang out with locals and to always accept the rules of their host country. " The speech was optimistic and the boy determined. The experience brought him more than a new line on his resume. As he says himself, he learnt more in the school of life with his friends than on the benches of the university.